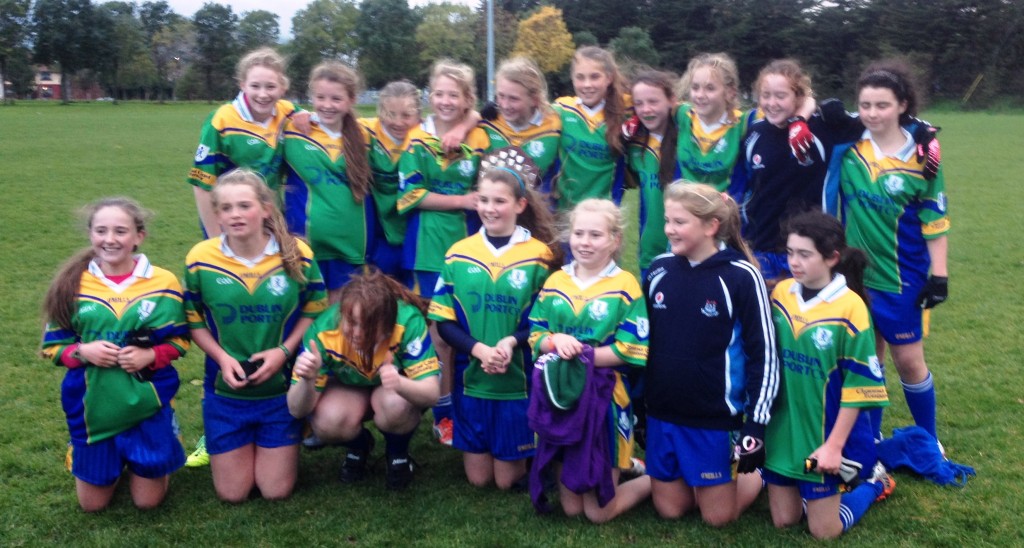 It was a cold, wet and very windy day in Clanna Gael as our U13 girls lined up to play their Division 2 Shield Final against a strong St Brigids team. Clanna Gael won the tip-off with Maria passing to Niamh  who played the ball beautifully up to Sally and then in to Clodagh  for a quick point. St Brigid’s came back strong but the Clanna Gael back line of Kate  (Captain), Mary V and Leah Rose denied St Brigid’s of any scoring opportunities. In goal Ella  also proved to be too quick for her opponents as she swept the ball up and cleared it to safety. 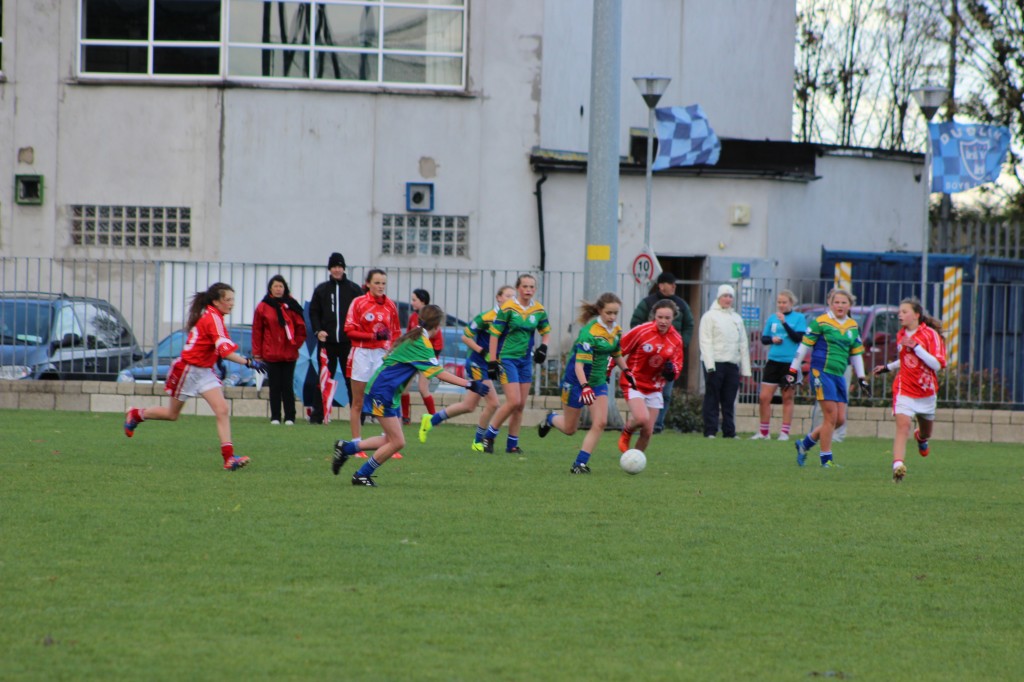 Hand-passing the ball low and short Grace Tiernan and Bathsheba Tobin produced some great play up to Orla Flanagan who then found Maria for another score over the bar to make it 2 points to nothing after 10 minutes. Scoring chances followed for both sides but the cross-pitch gale was proving very challenging for all the girls.

Within minutes Clanna Gael were in possession again and this time it was Orla who slotted the ball between the posts. St Brigid’s fought back and scored 2 points with a reply of three further points; 2 by Anne Marie Crowe and 1 by Niamh, to make the half-time score 6 points to 2 in favour of our girls.

St Brigid’s came out strong and scored 3 relatively quick points, bringing them within one point of Clanna Gael. While our girls had a lot of the possession and a number of scoring chances by Hannah L  and Ellen , the elements were against us making it very difficult for the girls. St Brigids were awarded a penalty and Laura , who did a fantastic job in goals, followed the ball right as it just edged wide much to the relief of all the spectators present. 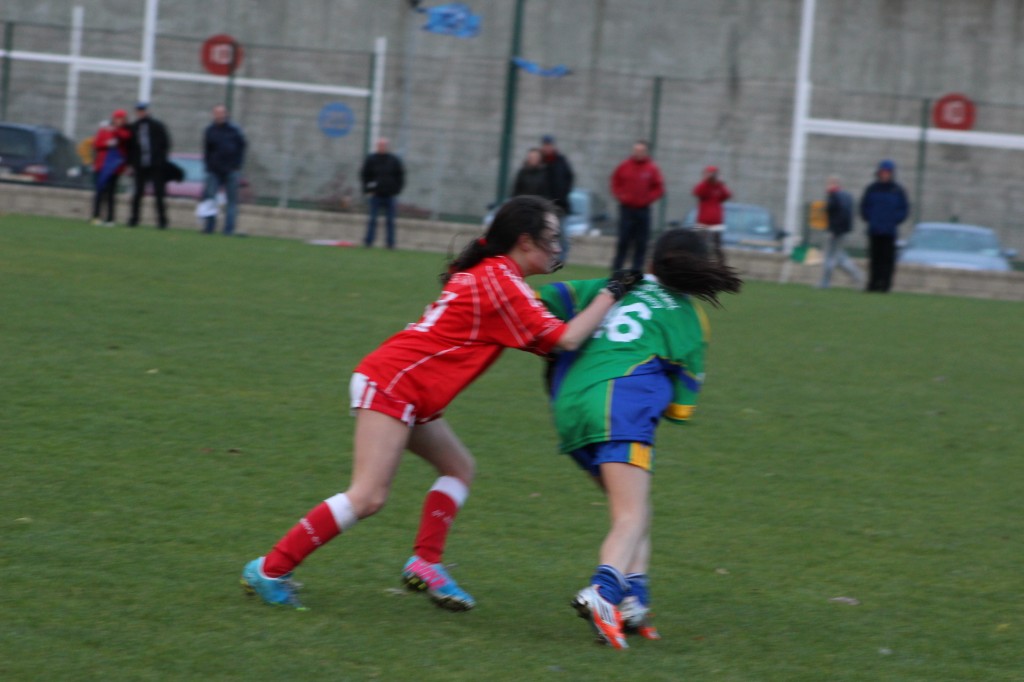 Sally then took a beautiful point to increase our lead to 2 points. Emma , who had come on at halfback, and Bathsheba both fought hard to win the ball against a strong St Brigid’s number 9. The ball was fed up through the middle by Niamh and Maria and in to Emma O’L  who was denied a score by the Brigid’s defence. Up front, Clodagh, Emily McC, Maeve B and Natasha K all fought to score but were dispossessed by a tough defence. Battling hard St Brigid’s came back and scored 2 further points bringing the scores level at 7 points apiece. With one minute to go, Maria won the ball, ran half the pitch, attempted a hand-pass over the bar, but unfortunately was denied by a gale force wind. The full time whistle went and our girls, who were tired, frozen, wet and could hardly feel their hands, prepared themselves for extra time; 10 minutes each way. 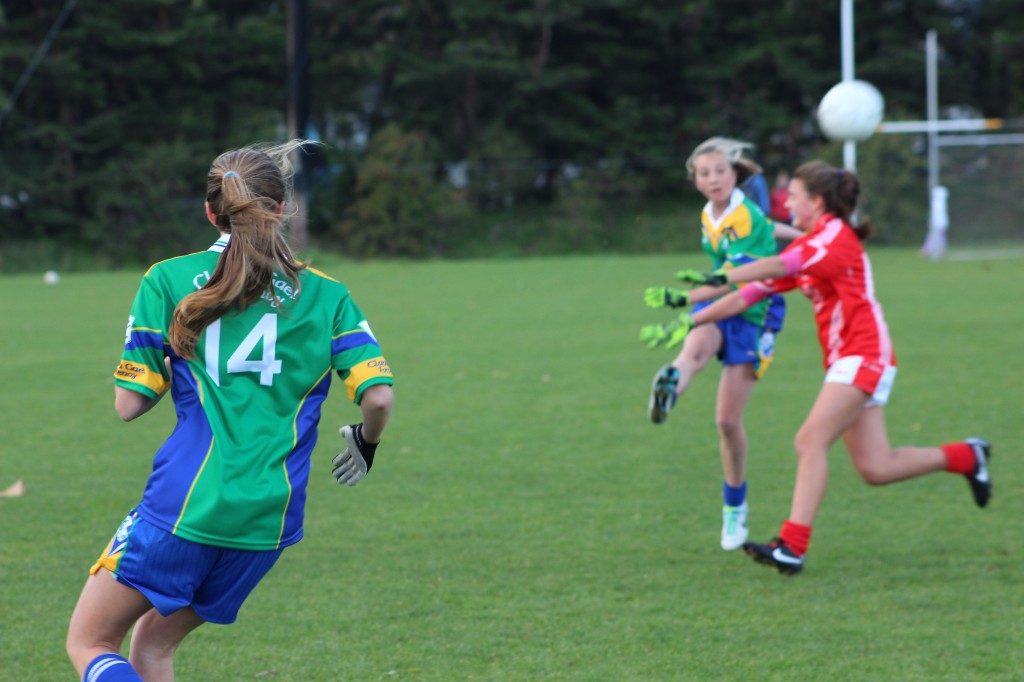 Determined not to be beaten Clanna Gael started extra time with some lovely possession and great play. Niamh made a fantastic run from the halfback line and shot from about 20 meters, the Brigid’s goalie was off her line and the ball dipped in behind her for a superb goal. St Brigid’s responded with a point but a second goal by Anne Marie and a final point also by Anne Marie made the final score 2:8 to 0:8 and the Clanna Gael girls were victorious. Cheers of delight came from the sideline, as parents, siblings and friends were all thrilled with the win and the fact that pizza and hot drinks were beckoning from the clubhouse. 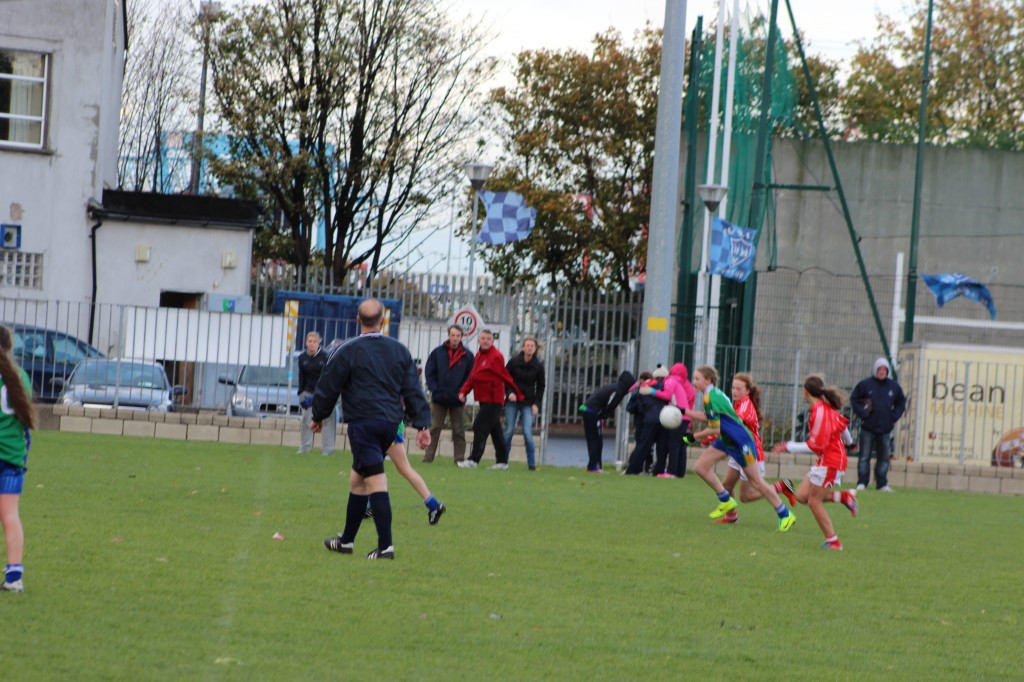 This team of girls has won the U11 Division 2 Shield, the U12 Division 2 Shield and now the U13 Division 2 Shield. They are a fantastic bunch of girls who play lovely team football and their wins are a tribute to themselves and also their very dedicated mentor panel of Donough McDonough, Ken O’Byrne , Clare O’ Dea  and Ray Walsh. 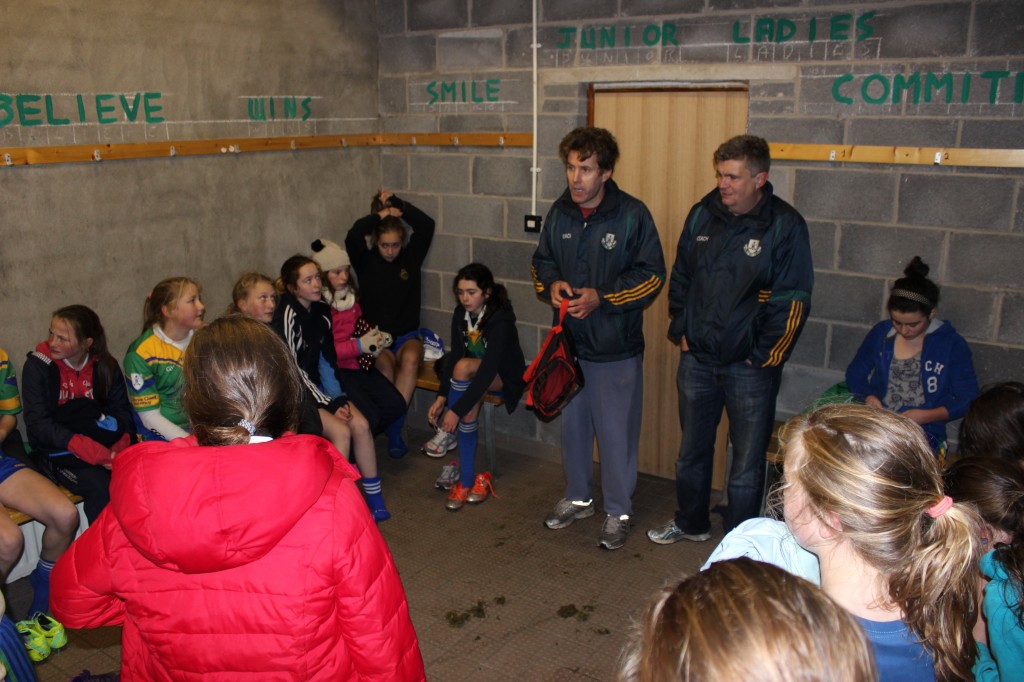 A special mention and word of thanks must also be given to Aoibhe , Aoife  and Katie-Rose from the U12 team who subbed up for the girls and contributed to their success during the season. Congratulations to all!