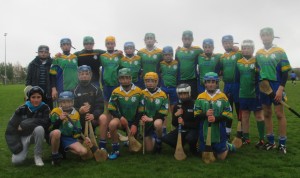 Our U14 hurlers did themselves and the Club proud in the Feile over the weekend. They won all three of their group games with

comprehensive wins over Parnells and Naomh Fionnbarra and a narrower one-goal victory over Rialto Gaels.

In topping their group they retained home advantage for their semi-final game against Naomh Olafs.

They dominated much of that game, especially when they would have been least expected to against a strong wind in the second half.

They built up a deserved 1-2 lead, only to see the Olafs centre back single-handedly rescue his team, with two excellent goals to claim

a two-point win in the end. Well done to the players and team mentors on a great tournament. 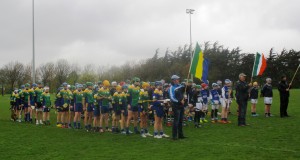 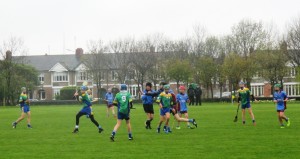