One half of the U-9 squad – Tomas, Dáire, Ethan, Senan, Adam, Matthew, Eoin and Mark – had a tough home game against a talented St. Annes. Dáire opened the home account with a good point following an assist from Adam. The visitors replied swiftly with a point from their able midfielder. Then, getting good possession from Tomas, Ethan found the posts despite great pressure. St Annes replied with two more points but dogged marking from Eoin and Adam and good team passing allowed Senan to take two great points. 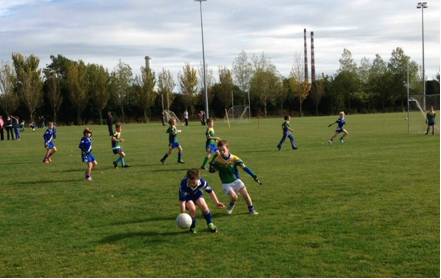 In the second half Clanns improved their possession from their kick outs as our goalkeeper, Tomas, kicked with great accuracy.  Senan fielded a lovely ball and brought it through to score and stretch our lead. Shortly after, Matthew, a real space detective up front, got a well deserved goal. Then Mark gained possession with a great tackle and found Ethan who scored the winning point. While the opposition had more wides, this was mainly down to tight marking by the Clanns boys who ran out eventual winners by 21 to 17.

U-13s still in the running

Our U-13 hurlers are back in winning form again after a number of disappointing results of late.  They had a comprehensive win over Ballyboden St Endas in sun-drenched Sean Moore Park on Saturday afternoon and have again given themselves a chance to finish second in the league table with the possibility of promotion to the next division. Clanns were strong throughout, played some very intelligent hurling and registered some fine scores, not least through Paddy McNamara and Conor Hennessy.  There’s just one game remaining and that’s away to Crumlin, the league leaders. 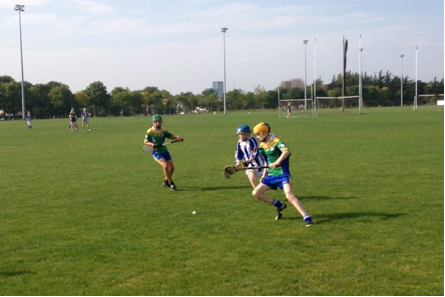 While the U-13 footballers still share top of the table spot in their Division 5 league with just a few games remaining, their recent poor run of form continues with another game lost – this time away to Craobh Chiarain.  Tired legs as a result of other games already played earlier that day, combined with some poor decision making, meant that a gallant effort by Clanns was unlikely to be enough to succeed against talented and lively opposition.

A very strong individual performance by Rohan van den Akken, which included a wonderfully-struck goal from distance, was one of a limited number of highlights from a Clanns point of view.  Still it’s all to play for over the last few games. 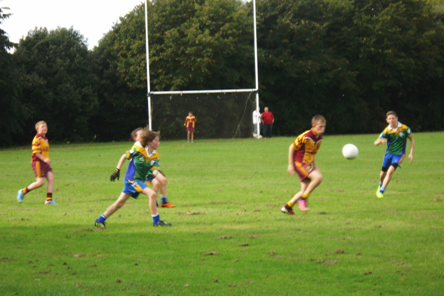 Swinging their way to victory 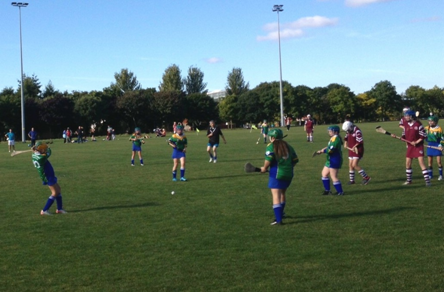 Swinging their way to victory: the U-13 camogie team recorded a good five goals to three win over visiting St Finians.

Our Senior Ladies football team had a great run in the all-Ireland 7s last weekend in Portmarnock, making it all the way to the Shield semi-final where they were unfortunate to lose out to Errigal Chiarain from Tyrone.  Along the way they played some very good football, recording wins over strong opposition including Bredagh from Co Down and Timahoe from Co Laois.  Well done also to our U-18 ladies football team who reclaimed the Dublin Port Challenge Cup with a 4-10 to 2-11 win over O’Dwyers 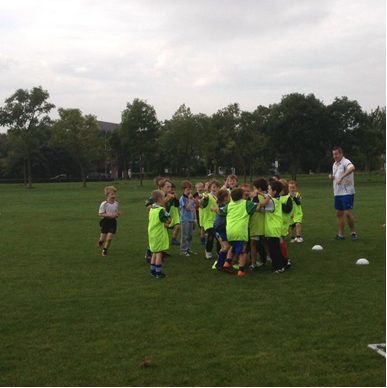 There’s more than football training for the U-7s under the watchful eye of Jason McDonnell.  It’s a case of time out to wish , Michael W, a happy birthday.