The pre-summer season came to an end during the week for the U-13 hurlers with a good home win over Lucan Sarsfield with a lot of help from  from the U-12 and U-11 squads.  Thus, it was more in hope than in confidence that the team took to the field. 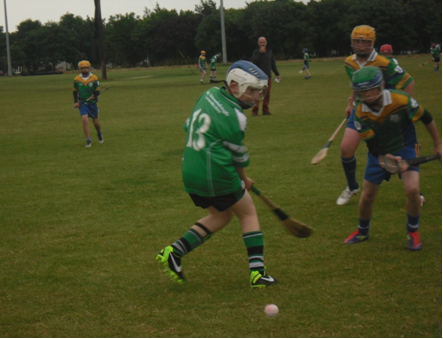 However, when they settled into their stride midway through the first half it became evident for the first time that they were capable of putting in a very credible performance.  Fortunately, they built on this and actually held the lead by half time. 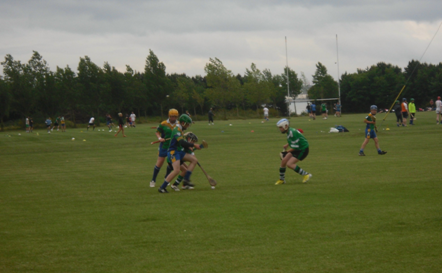 The second half was to prove even more rewarding with Clanns really taking control of the game in most areas of the pitch – even in the full forward line which was manned by the smaller and less experienced U-11 players.  From this line right out to the midfield players some fine goals and points were created and scored.   All in all, it was a surprisingly good performance considering the circumstances and full credit to all of the players for their contributions – not least the U-11s.  This leaves the team in second position in their division and well placed to strongly contest for top spot once play resumes after the summer break.

A fine performance from the U-10s

One of the last underage fixtures played at home before the summer break saw the U-10 hurlers take on their counterparts from Liffey Gaels.  There was no shortage of skills on display and the action came thick and fast as the following photographs show.  The Clanns boys acquitted themselves well in both games. 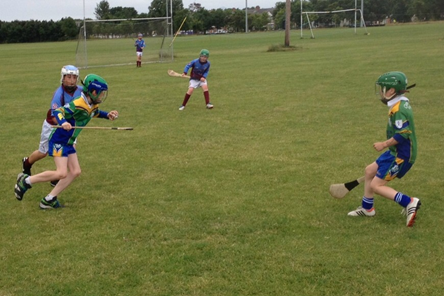 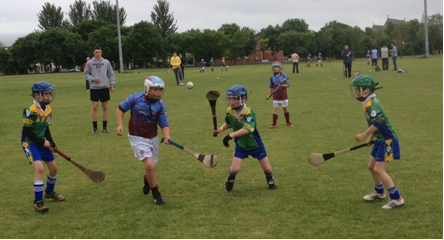 The Club welcomes Claire Ryan as our new Games Development  Officer in place of  Jonney Sadlier , who recently departed to travel down under.

Claire brings considerable experience to the role, having been involved in coaching underage teams for some years – including at inter county level with the Tipperary U-16 camogie team, the Dublin U-14 camogie team and U-16 football team.  As a player, she has won county, Munster and All-Ireland senior medals with the Cashel camogie club, as well as intermediate county, Munster and All-Ireland titles with Brian Ború football teams.